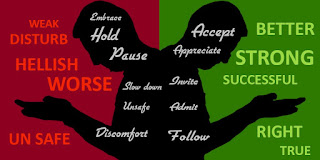 By now it should be possible to see that economic development deals with objectives, which may result in conflicting consequences. Here, we shall consider some of these conflicting aspects, which am called development dichotomies. Here we shall consider only a few of such dichotomies like Growth vs. Justice and Rural vs. Urban.
Growth vs. Justice: Mainstream development paradigm, as well as the counter-revolution paradigm, suggested that economic growth should be given priority, even though it would result in growing disparities in income distribution. Traditionally, it is believed that the unequal distribution of income is a necessary condition for rapid growth. It is argued that growing inequalities in income distribution, by making the rich richer. would provide for more savings, and, therefore, higher growth. If growth is accompanied by more equitable or just distribution, the poor also get more income, but may not have much left for saving, and the consequent low savings will result in slow growth. Thus, the traditional theory implied a dichotomy between growth and justice, we have a very rich, elite class in India. Did their way of spending make a difference in the economy?
Now, many development economists believe that just or equitable distribution of income would actually promote better growth for the following reasons:
First, the rich in the developing countries appear to be spending much on unproductive activities, imported commodities, and in any case, do not seem to save a higher proportion of income than the poor. Second, the perpetuation of low levels of income through unequal distribution may affect, not only their purchasing power but also their health and productivity. both of which affect the growth.
Third, raising the income of the poor would increase the demand for indigenous production and, therefore, higher growth.
Thus. it is argued that just distribution does not conflict with growth and, indeed, growth with justice is possible and desirable.
Rural vs. Urban Dichotomy: This is another dichotomy. There is a widespread feeling that the theories of the unilinear world view would suggest strategies of economic development, which would only result in urban bias. I am sure, we in India have experienced and are experiencing this phenomenon. Our metropolises and cities are over-populated. Unprecedented migration from the rural to the urban areas is taking place. This urban bias would lead to growing neglect of the majority who live in rural areas as well as unmanageable rural to urban migration affecting the quality of life in the urban areas. Alternative strategy based on the theory that development is not becoming like the West, but one of strengthening the investments in the rural sector. Though there are no examples of Gandhian or populist strategy being implemented, the Chinese experience with the Maoist model a variant of the neo-Marxist paradigm gives ample evidence of health development of the rural areas at the same pace as the urban sectors.
(Reddy, D.Narnsimha; Sridhara, B.A.; Rao, B.S.S; Rahim, Abdur)
For more dichotomies see a delayed research paper here.