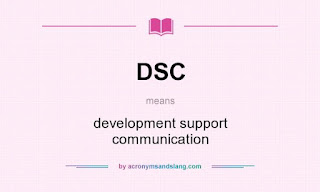 This essay briefly outlines a few case studies of development support communication through the mass media. These case studies represent only Indian experiences and do not cover experiments outside India.

1) Radio Rural Forums
Basing on the Canadian experience, the Radio Rural Forum experiment was conducted by the All India Radio at Poona during 1956. The Project covered 156 villages were listening and discussion groups were organized in each of the selected villages. A programme of 30 minutes duration was broadcast on two days in a week covering agriculture and allied subjects to help promote rural development. Prof. Paul Neurath on behalf of the Tata Institute of Social Sciences conducted on evaluation study and came out with interesting results: (1) The radio is a very suitable medium to communicate with the rural audience and to spread the message of development. (2) A majority of the listeners in the villages appreciated the value of the programme.

The Farm and Home (F & H) units were, subsequently, established at many AIR stations to provide wider support to the IADP programme and the contribution of the radio is widely acknowledged by farm scientists in increasing agricultural production and achieving a green revolution.

2) Krishi Darshan Programme on Television
In 1967, Delhi Television Centre launched the Krishi Darshan Programmes at the behest of Prof. M.S. Swaminathan of the Agricultural Research Institute (MU) and Dr. Vilcram Sarabhai, the eminent space scientist. The objective of these programmes was the popularization of modem methods of agriculture through the television. Community sets were installed for group viewing in 80 selected villages. The evaluation report prepared by the NCERT, in 1968, indicated significant knowledge gains in farm technology on account of exposure to Krishi Darshan Programme. But, subsequent studies indicated that these TV programmes did not help the small and marginal fanners very much. The contact was more useful to the rich farmers.
3) School-on-the-air of AIR
All India Radio (AIR), Hyderabad and Bangalore stations introduced, during the early seventies, the School-on-the-air programmes for the education of the farmers in improved methods of farming. Specific topics like rice cultivation, sugarcane cultivation, dairy farming, .poultry keeping, etc., were covered under these broadcasts. Subsequently, the farm school-on-the-air became a regular feature of the Farm & Home Units of AIR at many other stations. The studies conducted by the Audience Research Unit of the All India Radio established the wide patronage of the farmers to these broadcasts. In terms of utility and practical guidance, the programme was rated very high.

4) SITE Programme
The Satellite Instructional Television Experiment (SITE) was conducted by the Space Applications Centre of the Indian Space Research Organization for one year from 1st August 1975, taking on loan the multi-purpose Applications Technology Satellite (ATS6) from NASA of the United States of America. The experiment covered 26 districts selected from 6 clusters in A.P.; Bihar, Karnataka, Madhya Pradesh, Orissa and Rajasthan states. It was a massive experiment conducted in development support communication, covering as many as 2330 villages. Community TV sets were installed for group viewing. The programme pattern was so designed that the instructional programmes covered agriculture, animal husbandry, family planning, health, hygiene & nutrition, national integration and entertainment.

The evaluation studies, conducted by ISRO and other national organizations confirmed the success of the SITE in terms of creating wider awareness and increasing the knowledge levels, specifically in areas like health, political consciousness, and overall development. But, in the areas of agriculture and animal husbandry, no significant gains were observed. The evaluation studies also listed the benefits accrued to the rural population. specifically to the poor and Development Communication under-privileged, who could not have otherwise got the advantage of the TV exposure in Agriculture organized through community viewing at public places in the villages.